What is Low Metabolism?

In this article, we’ll explore metabolism.  Everything from the definition, to causes and symptoms of low metabolism, to both clinical and all-natural treatments for low metabolism.

What Does Metabolism Do?

Metabolism can be summarized as “the physiological processes needed to maintain life.”

But when you hear the word “metabolism” utilized today, it’s generally in reference to weight issues.

You may hear someone state, “I’m struggling to lose weight because I have a slow metabolism.”

While there’s some truth to this, other elements– such as how much food you consume and how much exercise you get– play a much bigger function in your overall weight than your metabolism does. And while it’s true that how much lean body mass you have can affect how many calories you burn at rest, its result is limited– in part, since, for example, building lean muscle mass is critical to healthy weight loss as well, and metabolism simply can’t directly build muscle for you.

In this article, however, we’ll look strictly at those impacts (however limited) metabolism does have on weight, and how you can positively trigger your metabolism for the purposes of losing weight.

We’ll dive first into how metabolism works to form energy for your body to function.

Metabolism and Energy – The Thyroid and Pituitary Glands at Work

Through the process of metabolism, your body turns the food you eat into the energy it needs to keep going.

Metabolism is our body’s “energy producer”, and the metabolic process is managed by two commonly referenced and well-known glands in the body:

The thyroid gland, or thyroid, is a little butterfly-shaped gland that rests on the front of the neck, right above the breast bone, and it extends beyond the trachea.

The thyroid is managed by the pituitary gland, which is a gland in the brain that manages the development of hormonal agents.

We won’t dive too deeply into T3 and T4 in this article, but I wanted to give a brief description of the processes that these two critical glands undertake in order to produce these two agents that manage the metabolic process.

What is Low Metabolism?

Too low a metabolism is also referred to as hypothyroidism. It happens when sufficient metabolic hormones can not be formed.

5-10 times more women than men have actually been diagnosed with low metabolism, and it is found more frequently in the elderly.

The biggest threat group is amongst older females.

The causes of low metabolism are not yet entirely clear, however it is believed that there are numerous factors that may underlie the problem of a slow metabolism.   Aside from the usual suspects that tend to be more commonly known (lack of sleep, dehydration, high salt intake, unbalanced diet, low calcium, etc.), there are other factors that have been linked to slow metabolism, that you should be aware of.  6 of them are:

What is low metabolism in terms of physical symptoms?

Many people go a long time before noticing a low metabolic rate, simply due to the fact that the symptoms are relatively “quiet”.

It’s very typical to either not experience any really obvious symptoms at all, or for them to be minor in severity.

The most common symptoms to be aware of are:

How is low metabolism diagnosed?

When Hashimoto’s Thyroiditis is suspected, the level of autoantibodies (anti-TPO) in the blood can be measured and thus determine if the cause of low metabolism is an autoimmune, inflammatory condition.

Are There Treatments for Low Metabolism?

If you have a low metabolism, one common treatment is a prescription of the thyroxine metabolic hormone (T4). This typically starts with low doses and increase gradually until the metabolism is normal. There are large differences in the dosage of the drug from person to person. If you get a high dose of the drug, it will lead to too high a metabolism. It can be difficult to regulate and even in those where the drug is well regulated, blood tests are usually taken twice a year because the need for medication can change quickly.

There are rarely any side effects with the treatment, as the drug acts in the same way as the natural metabolic hormone.

Treatment continues throughout life except in individual cases where the disease is transient. As previously stated, e.g. in women who have just given birth.

In some people, treatment with thyroxine is not sufficient, in which case it can be supplemented with a drug that contains another metabolic hormone, triiodothyronine (T3). This is somewhat more complicated and there are a number of factors to consider in this treatment. Only doctors with expertise in this area should begin such treatment.

In many cases, a natural supplement can be a great treatment to help trigger the metabolism.   There are a few of these in particular that have generated some great results in people who suffer from a slow metabolism.

Here are 3 that we recommend considering:

METICORE:  Meticore is one that has generated a lot of attention lately, because it is comprised of 6 all-natural ingredients that have been scientifically shown to directly target internal core temperature.

RESURGE:  Resurge contains Magnesium which is known to improve energy inside our bodies, and also contains 7 other natural ingredients that combine to provide better sleep, and burn fat during sedentary activities (including sleep itself). 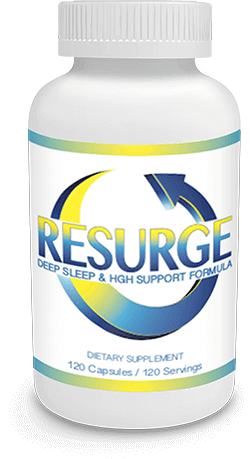 CarboFix:  CarboFix is a supplement that specifically activates that AMPK enzyme we covered earlier.   It’s effects also include (aside from triggering AMPK) blocking carbohydrates from being stored as fat by way of the key ingredient Chromium.

More Advice For Those Living With Low Metabolism

Be Mindful of Diet

People with low metabolism sometimes experience weight problems. It can be difficult to lose weight. Especially for those where the medicine is difficult to regulate. If you want to keep your weight down or lose weight, it is better to follow the general dietary recommendations, than to follow a strict diet or extreme diet. Eat varied, not too large amounts and not too fat.

Get Plenty of the Right Exercise

If you know you have too low a metabolism, it is very good to exercise. It can help exemplify some of the symptoms associated with low metabolism such as fatigue and weight gain. Exercise also contributes to overall health. But be careful and remember to start calmly. A low metabolism affects the body in different ways, and it is important that cycles, organs, muscles and joints that are already overloaded can cope. The training should be regular and the intensity increased along the way.

Many people with metabolic disorders have difficulty finding a good sleep rhythm. If this is the case for you, it is important to try to stabilize your sleeping habits and get enough sleep. When we sleep, the body recovers, we produce various important hormones and our immune system is maintained. The weight that already bothers you is also affected by lack of sleep. If you do not get enough sleep, it can lead to increased appetite, decreased calorie burning and weight gain.

Trying to Get Pregnant?  Regulate Metabolism For Healthy Fertility

Unfortunately, if you are a woman with low metabolism, you may have difficulty getting pregnant. Fertility decreases when the body uses all its energy to adapt its metabolism. Low metabolism can cause irregular menstruation and sometimes lack of ovulation, which will obviously make getting pregnant a bit more difficult.

When the metabolism is well regulated, fertility should be normalized, and it will be easier to get pregnant. Additional blood tests are taken continuously during pregnancy so that your values ​​are as they should be and your medication can be adjusted continuously. The need for medication often increases twice during pregnancy. Medicines containing thyroxine do not harm the unborn baby.